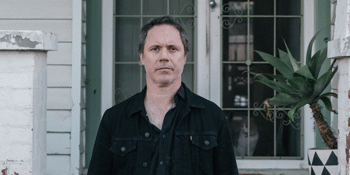 The Luke Sinclair Set Sean McMahon & The Owls Silent Income
Thornbury Theatre - Ballroom (Thornbury, VIC)
Friday, 18 February 2022 7:00 PM
23 days away
18 Plus
Blues
Send this event to
Please note: for the health and safety of all our guests and staff, we will be adhering to the Covid-19 vaccination directions as mandated by the Victorian Government. In line with the Victorian Roadmap, all staff will be vaccinated and all guests will be required to show certification that they are fully vaccinated to gain entry to the venue.

If you have purchased tickets to the NSC show they will be valid for the Thornbury Show.
Jeb Cardwell's debut album My Friend Defiance, a bluesy, Americana, Beatles-esque lesson in guitar tones dripping with Southern swagger is set to be released on vinyl and streaming on June 8th. Interweaving synth and piano melodies, slide guitar riffs, rich and soulful vocals and some of the best song-writing Melbourne has seen, Jeb Cardwell's attention to detail is evident in every step of this production.

After spending a lifetime in multiple bands and as a recording sideman for a diverse range of artists including Chris Altman (Que Paso), Kasey Chambers (Wreck & Ruin), Van Walker (Celestial Railroads) and his sister Triple-J Unearthed winner Abbie Cardwell, guitarist and singer-songwriter Jeb Cardwell set out in 2017 to pursue a solo career.  After a three year period of writing, recording, re-writing, and re-recording, My Friend Defiance is ready for the world.

Three singles have already been released with ‘Blood Moon’ reaching #2 on the AMRAP charts.

“Jeb Cardwell is one of my favourite all round musicians in Australia. Master of guitar, banjo, dobro and can sing his arse off! I love him.” — Kasey Chambers

“A mean guitarist who plays slide like he just walked out of Austin, Texas.” — ABC Music