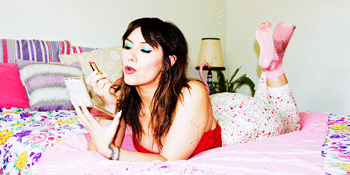 There was something about this frontwoman immediately, she captured attention – garnering rave reviews from fans and critics alike – and become an unlikely teen icon. She penned intense, intelligent pop music and on stage, well, she rocked, taking home a swag of accolades from ARIAs to APRA awards. Her solo career has seen this seasoned performer find her home, releasing critically acclaimed tunes that are a mix of bright snappy pop, synth driven singalongs and classic rock feels. Ella Hooper may have embedded herself – and her music – into the national psyche when she was only 13, but she made an impact that few since have been able to follow.

One of the things that has always been important to Ella, and remains to this day, is playing live. Taking her music out on the road remains the key to what she does as a musician. “I think it’s the wonderful feedback loop you create when you share something of yourself, your art, it touches and moves someone else,” she says. “It’s a special relationship that exists in that moment full of trust and intimacy, but also raw power and shared emotion.”